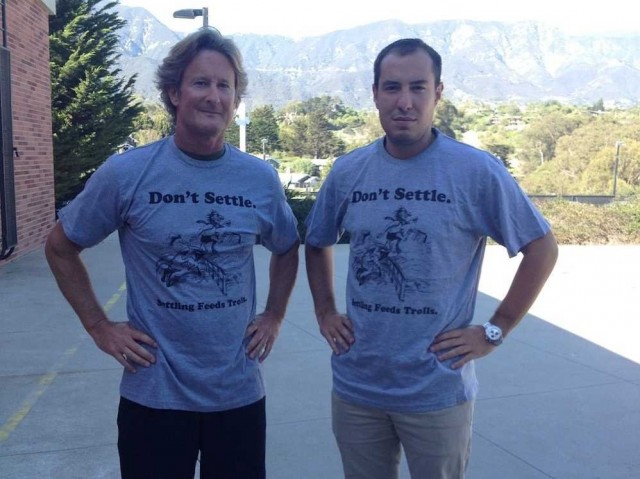 The top US patent courthas upheld an award of attorneys’ fees (PDF) against a patent troll that sued a startup called FindTheBest (now Graphiq) in 2013. The fee award against Lumen View Technology was the first one granted under new rules that came into effect as a result of the Supreme Court’s 2014Octane Fitnessdecision.

The ruling by the US Court of Appeals for the Federal Circuit, published Friday,serves as a signpost as to what kind of fees will be upheld under the new standard. But, it’s not a completewin for Graphiq. While the three-judge appeals panel upheld the basis of the fee award, theyvacated the award itself, which was a little more than $300,000. The panel’s opinion said that the lower court’s decision to double the requestedfees wasn’t justified.

“It’s been a lengthy battle, but seeing the Federal Circuit explicitly inviting the District Court to award sanctions under Rule 11 is a great signal,” said Graphiq CEO Kevin O’Connor in an e-mailed comment to Ars. “We’re confident that a fair assessment of fees will occur back in the District Court.This is just one more step in our fight against Lumen View, and believe me, it’s nowhere near over.”

FindTheBest operated a specialized search site that had a comparison feature called “Assist Me.” Lumen View, which had sued several small-to-medium sized companies, said that the feature infringed a patent owned by Lumen View.

US District Judge Denise Cote foundthat Lumen Viewhad essentially attempted topatent “matchmaking,” an ancient practice. Thepatent specification included examples like “having a computer match employees and employers whose desired attributes and intensities of preferences mutually align.” She invalidated the patent on the grounds that it wasoverly abstract.

Later, Cote ruled that Lumen View should pay the defendant’sattorneys fees, and then some. The punitive award was justified by Lumen View’s behavior, which includedthreats of “full-scale litigation” with “protracted discovery” and a settlement demand escalator.

In Friday’s decision, the appeals judges agreedwith Cote that Lumen View was out of line.

“Even if Lumen Views litigation conduct was not quite sanctionable,the court reasonably determined that the case wasexceptional,” wrote US Circuit Judge Alan Lourie on behalf of a unanimous panel. “The allegations ofinfringement were ill-supported, particularly in light ofthe parties communications and the proposed claimconstructions, and thus the lawsuit appears to have beenbaseless.”

However, the judges found that Cote overstepped when she doubled the fees against Lumen View.In her fee award, Cote said that an enhancement of fees was necessary to “deter similar misconduct in the future.” The appeals court said that wasn’t appropriate.

The case now goes back to Cote for further action in line with the appeals ruling.

Graphiq also took the extraordinary step of filing a RICO lawsuit against Lumen View. That tactic didn’t get traction in the district court, but Graphiq has asked the US Court of Appeals for the 2nd Circuit to weigh in. The appeal was argued in November 2014 and is awaiting a decision.

As for Lumen View, its litigations drew to a rapid close after it ran into FindTheBest, and it hasn’t filed more suits. Before its legal tussle with FindTheBest, Lumen had sued 19 other companies. Those cases all ended,presumably with most of the companies making payments of some sort to Lumen. Oneof the inventors behind the Lumen View patent, Eileen Shapiro, has been suing small companies since 2010 for variousbusiness practices, includingdistributing a press release online.