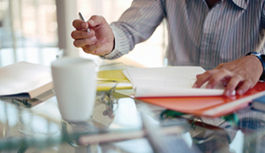 February 12, 2016 | By: .(JavaScript must be enabled to view this email address)Mark Blumberg

On February 11, 2016, the National Post had an article entitled “Can I get a tax receipt?: Tax confusion muddles Syrian refugee sponsorship efforts”. The article discusses some of the complexity around the current receipting rules and how they have created confusion for registered charities in certain cases when fundraising for Syrian refugees in Canada. The National Post references a proposal that I have made to provide greater clarity to the rules.

The CRA recently provided a FAQ entitledAssisting people affected by the conflict in Syria, however, I don’t think it really provides any further clarity on thereceipting issue.