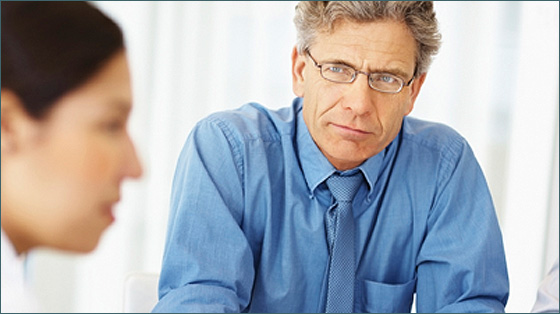 On January 20, 2016, the Supreme Court of Ohio handed down a merit decision in State v. Leak, Slip Opinion No. 2016-Ohio-154. In a 4-3 decision written by Justice ONeill, joined in full by Justices Lanzinger and Kennedy, in which Justice French concurred in judgment only, the court held that a warrantless inventory search of a lawfully parked car violates the Fourth Amendment of the U.S. Constitution, and Article I, Section 14 of the Ohio Constitution. Chief Justice OConnor and Justices Pfeifer and ODonnell dissented, and would have dismissed the case as improvidently allowed. The case was argued September 16, 2015.

The Richland County sheriffs office issued an arrest warrant for Quayshaun Leak on a domestic violence charge. To help the county find Leak, a Mansfield police officer was sent to the area where Leaks apartment was located. The officer had a description of Leak, of the car Leak was supposed to be in, and of Leaks alleged location. The officer did not have a copy of the arrest warrant, or know any particulars of the domestic violence charge.

The officer came upon a legally parked car near Leaks apartment. Leak was in the passenger seat. The officer ordered Leak out of the car, arrested him, and put him in the back of the police cruiser.

After Leak was arrested, the officer ran some queries through the law enforcement data base, and learned that the person in the drivers seat of the car had no outstanding warrants. Still, the officer got everyone else out of the car, and requested a tow. The officer conducted an inventory search before the tow, during which he found a handgun under the passenger seat, which Leak admitted was his. Leak was charged with carrying a concealed weapon and improper handling of a firearm.

Leak filed a motion to suppress, which the trial court denied, finding that there was probable cause to arrest Leak based on the domestic violence warrant, and that the inventory search of the car before it was towed was proper. Leak pled no contest to the charges, and received a fine, a suspended sentence, and thirty months of community control.

The Fifth District Court of Appeals affirmed the denial of the motion to suppress, in a split decision. The majority found that the police officers subjective belief that Leak owned the car was good enough to justify the officers decision to search and to impound the car, which the court found was done in accordance with department policya finding the high court majority found not supported by the record in the case.

Read the oral argument preview of the case here and the analysis here.

Issue: was the warrantless search of this vehicle lawful?

Fourth Amendment to the U.S. Constitution & Article I Section 14,of the Ohio Constitution (The right of the people to be secure in their persons, houses, papers, and effects, against unreasonable searches and seizures, shall not be violated, and no warrants shall issue, but upon probable cause, supported by oath or affirmation, and particularly describing the place to be searched, and the persons or things to be seized.)

Arizona v. Gant, 556 U.S. 332 (2009) (It is not unreasonable under the Fourth Amendment for a law-enforcement officer to search a vehicle without a warrant when a recent occupant of the vehicle has been arrested and (1) the arrestee is unsecured and within reaching distance of the vehicle or (2) it is reasonable to believe the vehicle contains evidence of the offense that led to the arrest.)

Blue Ash v. Kavanagh, 113 Ohio St.3d 67 (2007) (upheld the validity of a warrantless inventory search of a legally impounded car pursuant to the community-caretaking function when an officer concluded that a vehicle could not be safely left on the roadside after pulling the driver over on the highway for having expired tags and drivers license.)

Katz v. United States, 389 U.S. 347 (1967) (Searches and seizures conducted outside the judicial process, without prior approval by judge or magistrate, are per se unreasonable under the Fourth Amendmentsubject to only a few specifically established and well delineated exceptions.)

South Dakota v. Opperman , 428 U.S. 364 (1976)( a routine inventory search of a lawfully impounded vehicle is not unreasonable within the meaning of the Fourth Amendment when performed pursuant to standard police practice and when the evidence does not demonstrate that the procedure involved is merely a pretext for an evidentiary search of the impounded vehicle.)

State v. Hathman, 65 Ohio St. 3d 403 (1992) (In order to satisfy the requirements of the Fourth Amendment an inventory search of a lawfully impounded vehicle must be conducted in good faith and in accordance with reasonable standardized procedure(s) or established routine.)

State v. Johnson, 141 Ohio St.3d 136 (2014) (when law-enforcement officers act with a good-faith, objectively reasonable belief based on the state of the law at the time the search was conducted, suppression of the evidence obtained as a result of the search would have no appreciable effect on deterring future violations of the Fourth Amendment, and therefore the good-faith exception to the exclusionary rule applies.)

State v. Kessler, 53 Ohio St. 2d 204 (1978) (The burden of demonstrating the applicability of an exception to the warrant requirement is on the State.)

This decision is a nice romp through some basics of Fourth Amendment jurisprudence.

The arrest of an occupant of a legally parked car should not automatically trigger police impoundment of the car and the antecedent warrantless inventory search. This scenario violates both the Fourth Amendment and Article I, Section 14 of the Ohio Constitution. The majority agreed.

Warrantless searches are per se unreasonable under the Fourth Amendment. Two exceptions applicable to this case are search incident to a lawful arrest and an inventory search conducted pursuant to law enforcements community-caretaking function

The rationales for this exception to the warrant requirement are officer safety and preservation of evidence. So, if a recent occupant of a vehicle has been arrested, and is unsecured and within reaching distance of that vehicle, concern for officer safety kicks in. Preservation of evidence is an acceptable rationale if it is reasonable to believe the vehicle contains evidence of the crime that led to the arrest.

The court found neither prong of this exception applied in this case. Leak was arrested, secured, and not within reaching distance of the car before the search occurred. And the record did not support a reasonable belief that the car contained evidence of domestic violencethe offense for which Leak was being arrested. The arresting officer knew nothing at all about the domestic violence charge. There was no nexus between the car Leak was sitting in and the offense for which he was arrested.

This part of the analysis gotmost of theink. Police have the right to take vehicles into custody as part of their community-caretaking function. Examples are cars that have been in accidents, stolen and abandoned, those that violate parking laws, and those that cannot be lawfully driven. Justice ODonnell really hammered on this exception during oral argument.

The law is well settled that inventory searches performed pursuant to standard police procedures on vehicles taken into police custody as part of the community caretaking function are deemed reasonable, unless the evidence shows that the procedure involved is just a pretext for an evidentiary search of the impounded vehicle.

A lynchpin of the states argument, and one that ultimately sank it, was that department policy required a vehicle to be towed when its owner was arrested. The majority noted in two different footnotes and in the text of the opinion more than once that there was no record evidence of any such policy, thus expressing no opinion on whether such a policy could provide a lawful basis for the tow. Furthermore, Leak did not own the car, despite the officers unverified belief that he did. Nor was there any section of the Mansfield Codified Ordinances authorizing impoundment of vehicles that applied in this situation.

Additionally, the officers testimony about the procedure for conducting an inventory search wasnt good enough to establish the reasonableness of the search if the impoundment was itself unlawful. To the contrary, the court found the officers testimony indicative of a pretextual search, since the officer was not looking for valuables to safeguard, but rather for evidence to use against Leak at his domestic violence trial.

No exception to the warrant requirement applies in this case.

No statutory or municipal ordinance support for lawful impoundment of the car on these facts.The officers testimony that the sole reason for towing the car was he believed he had arrested the owner, and was looking for evidence of a crime, was not a reasonable exercise of the officers community caretaking role under Blue Ash.

The arrest of a recent occupant of a lawfully parked vehicle does not, by itself, establish reasonableness to justify a warrantless search of the vehicle. Ownership of a vehicle that is not implicated in criminal activity is not sufficient to justify an inventory search without a warrant. Ownership of the vehicle was irrelevant here; its status as a legally parked car on a public street was controlling.

The remedy in the case was the exclusion of the evidence. The majority rejected the application of the often-applied good faith exception to the exclusionary rule, finding [t]his is precisely the type of governmental intrusion the Fourth Amendment seeks to prohibit. Permitting the evidence to be used against Leak under the good-faith exception to the exclusionary rule would eviscerate the purpose of the Fourth Amendments prohibition against unreasonable searches and seizures.

I wrongly called this one for the state, although I think this loss was of its own making. In the first few statements of his argument, the prosecutor warned that the record in this case was clear on certain points but not others. It was definitely not clear on the department policy, which proved fatal. If the department policy had been in the record, that policy probably would have provided the necessary authority the officer needed for the tow, and would have provided the underpinning for the community caretaking exception to a warrant requirement. Justice ODonnell expressed his belief in the reasonableness of such a policy throughout the oral argument.

There was one mysterious aspect to the community-caretaking function argument in the case, and that was the fact that it came out at argument that there was a child in the car. The Chief asked a number of questions about this. Yet this interesting fact completely vanished from the courts decision.

Still, I approve of the result in this case. I like a really muscular application of the Fourth Amendment and its state constitutional analogue, and opinion author ONeill gives us exactly that. ONeill was clearly the most sympathetic to the defense position at oral argument despite a shaky job by defense counsel, and also refused to buy into the many warrant and exclusionary-rule exceptions that have made the Fourth Amendment increasingly porous over the years.