EEOC v. CRST Van Expedited, Inc. is a key case for all employers.

We have been tracking the developments (here, here, here, here, here, here, here, and here) in this case since its inception. Now it has reached the U.S. Supreme Court on the issue of whether attorneys fees are appropriate in instances where the EEOC failed to satisfy its pre-suit investigation duties under Title VII, but the employer was not victorious on the merits. In EEOC v. CRST Van Expedited, Inc., 774 F.3d 1169 (8th Cir. 2014), the U.S. Court of Appeals for the Eighth Circuit reversed and remanded a nearly $4.7 million award of attorneys fees the largest fee sanction ever levied against the Commission to the employer, CRST, finding that the District Courts dismissal of 67 claims based on the EEOCs failure to satisfy Title VIIs pre-suit obligations did not constitute a ruling on the merits, and therefore the employer was not a prevailing party entitled to a fee award as to those claims. On remand, the District Court was instructed to individually assess each claim for which it granted summary judgment for CRST on the merits and explain why it deemed that particular claim to be frivolous, groundless, or unreasonable.

Following the decision, CRST petitioned for a rehearing en banc, which was denied on February 20, 2015. Thereafter, CRST petitioned the U.S. Supreme Court for certiorari, which was granted on December 4, 2015. On January 19, 2016, CRST submitted its merits brief, which presented the following question to the Supreme Court: whether a dismissal of a Title VII case, based on the EEOCs total failure to satisfy its pre-suit investigation, reasonable cause, and conciliation obligations, can form the basis of an attorneys fee award to the defendant under 42 U.S.C. 2000e-5(k).

Hence, the stage is set for what may well be one of the most important rulings on EEOC litigation in memory.

The Context And The Stakes

On September 27, 2007, the EEOC filed a single count complaint against CRST under Section 706(f) of Title VII on behalf of a female driver and a class of similarly situated but unidentified female employees of CRST. Id. at 10. The U.S. District Court for the Northern District of Iowa noted that in the course of discovery, it became clear that the EEOC did not know how many allegedly aggrieved persons on whose behalf it was seeking relief, and that the EEOC was using discovery to find them. Id. at 11. CRST successfully moved the District Court for the dismissal of Title VII claims for sexual harassment brought by the EEOC on behalf of several hundred female truckers, after demonstrating that EEOC did not conduct any investigation of the specific allegations of the allegedly aggrieved persons for whom it sought relief at trial before filing the Complaint let alone issue a reasonable cause determination as to those allegations or conciliate them.

After securing the dismissals and settling the claims of the original charging party, CRST moved for the award of attorneys fees and costs. The District Court granted the motion and directed the EEOC to pay CRST nearly $4.7 million in attorneys fees and costs, finding that the EEOCs actions in pursuing this lawsuit were unreasonable, contrary to the procedure outlined by Title VII and imposed an unnecessary burden upon CRST and the District Court. Id. at 18. However, on appeal the Eighth Circuit held that the District Court did not make particularized findings of frivolousness, unreasonableness, or groundlessness as to each individual claim and remanded these claims to the District Court to make such individualized determinations. Id. at 20. Further, the Eighth Circuit found that that District Courts dismissal of 67 claims based on the EEOCs failure to satisfy Title VIIs pre-suit obligations [did] not constitute a ruling on the merits, and that [t]herefore, CRST is not a prevailing party as to these claims. Id. at 21. The Eighth Circuit also held that CRST could not satisfy the standard of Christianburg Garment Co. v. EEOC, 434 U.S. 412 (1978), for the same reason: [P]roof that a plaintiffs case is frivolous, unreasonable, or groundless is not possible without a judicial determination of the plaintiffs case on the merits. Id. (internal quotation omitted).

Following the Supreme Courts eventual ruling, this case will provide guidance on how employers can pursue attorneys fees and costs in the increasingly common instances where the EEOC has abandoned its pre-suit duties required by Title VII.

In its brief, CRST makes two arguments as to why the Eighth Circuits decision was improper. First, CRST argues that the Eighth Circuits rule that a prevailing defendant may recover fees only when a case is decided on the merits has no basis in the statute, conflicts with Christiansburg, and severely undermines the policy of Section 706(k). Id. at 23. In relevant part, Section 706(k) authorizes district courts to award attorneys fees to the prevailing party in a Title VII case. Id. at 22. Christianburg held that fee awards to a prevailing defendant are permissible only if the plaintiffs lawsuit was frivolous, unreasonable, or without foundation. Id. (quoting Christiansburg Garment Co. v. EEOC, 434 U.S. 412, 421 (1978)). CRST contends that categorically denying fees in such cases [not decided on the merits] would frustrate the congressional policy choice embodied in Section 706(k): to ensure that plaintiffs who impose unnecessary and unreasonable litigation costs on defendants will bear the costs of their own choices. Id. at 24. Further, CRST notes that [a]s lower courts applying Christiansburg have repeatedly recognized, that decision to litigate can be unreasonable for many reasons that do not bear on the ultimate merits of the claims including, for example, when the suit is obviously time-barred or moot. Id. at 24. Accordingly, CRST asserts that the precedent created by the Eighth Circuits decision would allow the EEOC to entirely abandon its pre-suit responsibilities with impunity, which would lead to one-sided and inefficient conciliations. Id. at 25.

Second, CRST posits that even if Congress intended Section 706(k) to limit defendants fee awards to cases decided on the merits, which it claims Congress did not do, this case would still qualify under that standard. Id. CRST notes that Title VIIs pre-suit requirements are substantive, mandatory conditions that determine whether a court may hold an employer liable in a case brought by the EEOC and that the EEOCs claims were dismissed in this case because the EEOC failedto first determine whether the allegations that it intended to litigate had sufficient merit to warrant requiring CRST to defend itself in court. Id. at 25-26. Accordingly, given that these pre-suit requirements were elements of the EEOCs cause of action, CRST argues that it prevailed on the merits when it defeated certain claims by demonstrating that the EEOC did not investigate, find reasonable cause for, or attempt to conciliate any of these claims as required by the statute. Id. at 42. 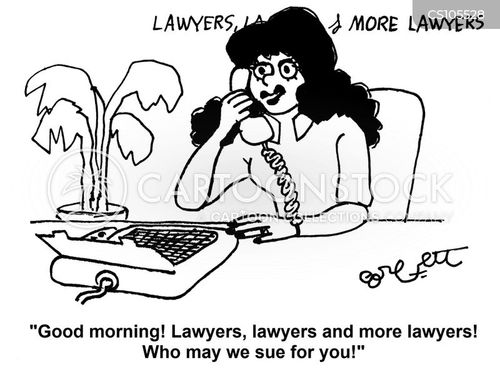 The amici submission filed by the Equal Employment Advisory Council argues that the Eighth Circuits decision was contrary to Title VIIs text, policy aims, and purposes and was inconsistent with the Supreme Courts decision in Christiansburg. Amici Brief, at 9. The amici brief notes that while Title VII expressly authorizes courts to award a prevailing party, other than the Commission or the United States, a reasonable attorneys fee (including expert fees) as part of the costs . 42 U.S.C. 2000e5(k)[i]t places no conditions on the courts discretion to award such fees, except to specify attorneys fees are not available if the prevailing party is either the EEOC or another federal government agency. Id. at 10. Accordingly, the amici brief posits that Title VII does not limit the award of attorneys fees and costs to parties who have prevailed on the merits, contrary to the Eighth Circuits holding. Id. at 12.

Further, the amici brief asserts the Eighth Circuit misapplied Christianburg, which involved a claim for attorneys fees based on the dismissal of an EEOC suit on procedural grounds. Id. at 10-11. The amici brief argues that the Eighth Circuit purports to absolve the EEOC of any liability for a prevailing defendants attorneys fees in cases dismissed based on anything other than a final adjudication of the discrimination claim on the merits, [and] is irreconcilable with Title VIIs plain text and [the Supreme Courts] interpretation of it in Christiansburg. Id. at 11. Finally, the amici brief describes policy reasons for awarding attorneys fees in cases such as this one, noting in its zeal to litigate large, high profile class-based suits, the EEOCs enforcement priorities seemingly have focused less on informal resolution of discrimination charges, as contemplated by Title VII, and more on developing and maintaining a broad, class-based litigation docket. Id. As such, contrary to the Eighth Circuits holding, amici assert that courts should not tolerate such improper conduct by the EEOC, which would be deterred by entitling prevailing defendants to reasonable attorneys fees and costs.

The Supreme Court is set to hear oral arguments on March 28, 2016 before ultimately issuing a final ruling. Employers should pay close attention to the Supreme Courts eventual ruling in this case. While a favorable ruling for CRST would undoubtedly serve as a wake-up call to the EEOC in regards to fulfilling its pre-suit duties, an unfavorable ruling could have an adverse effect on employers as the EEOC could seemingly neglect its pre-suit responsibilities without having to fear any subsequent sanction. We will keep our loyal blog readers updated as developments occur in this litigation.

Readers can also find this post on our EEOC Countdown blog here.