Triumph and Tragedy: A Lesson in Equipoise 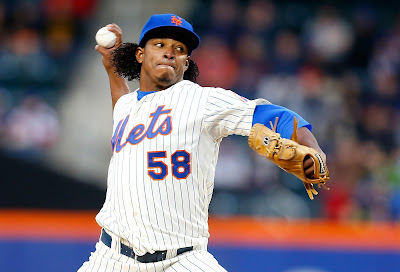 The story of Jenrry Mejia, the first major league baseball player to receive a lifetime ban for taking Performance Enhancing Drugs, reads like a movie script. Mejia was just 17 when he was drafted out of a life of poverty in the Dominican Republic. He had never even thrown a baseball before the age of 15. As a boy, rather than pursue education, he worked full time shining shoes for $8 a day. He and his family were thrilled to receive the $16,500 signing bonus so he could start his career playing for the Dominican Summer League Mets in 2007.

Mejia made his major league debut in 2010, becoming one of the youngest players ever to make an opening day roster. By 2014, he had become the Mets closer and looked to be on the way to making the kind of money that dreams were made of back in the Dominican Republic. He was fun to watch, particularly when he would do his strikeout dance moving backward off the mound to end an inning.

Perhaps because he was rushed into the physically destructive role of throwing a baseball at top speed, Mejia continued to be plagued by injuries to his throwing arm. Twice he had been suspended after testing positive for steroids, obviously taken not to hit home runs but to get himself back on the mound. Then this past week, he tested positive for PEDs once again and, along with Pete Rose, became one of only two players banned from baseball for life.

The drug detected in Mejia was Boldenone Undecylenate, also known ironically as Equipoise. It is manufactured for use by veterinarians for the treatment of horses and cattle and is not approved for humans anywhere in the world. It works by promoting erythropoietin (EPO), the bodys hormone essential to the production of red blood cells. The more red blood cells, the higher oxygen carrying capacity, the longer one can work out, the sooner one can rehabilitate, or so the story goes.

The side effects of the drug are relatively minor: hair loss, acne, oily skin, increased hunger, though a rare few may suffer from liver or kidney problems. A major drawback of the drug is that its use can be detected by a simple urine test for as long as 18 months after injection.Why then would a major league player risk his career by taking Equipoise, particularly a prior offender who knows he is subject to random urine tests? Where would he learn of such a drug? How would he get it? One can only speculate that someone like Mejia, who knows firsthand what life is like in utter poverty, would do anything to get his body back in tune. Perhaps, like its name, the drug presented what Mejia thought was his only hope of counterbalancing the life he had left behind. What does he do now at the tender age of 27?

This piece is not about making excuses for Mejias poor choices. But his story is a tragedy that reveals much about the sometimes exploitive industry we know as professional sports. Surely, a system that prioritizes proper physical conditioning, medical treatment, and education for those like Mejia plucked out of a poor barrio as a kid is a better alternative than the arbitrary penal system in place today.