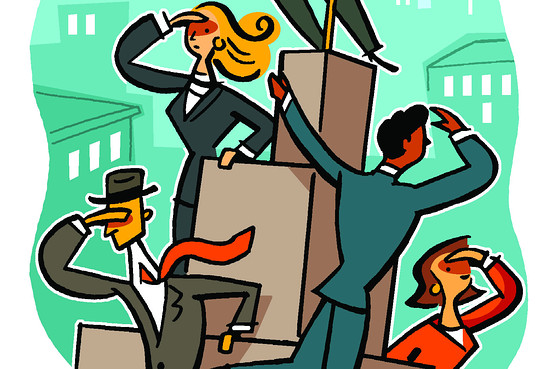 A group of 22 partners, led by longtime firm leadersRobert Riley and Ronald Safer, are leaving tolaunch their own firm, the two said Friday.

Until last February, Mr. Riley, a products-liability litigator, served as Schiff Hardins chairman, and Mr. Safer, a white-collar lawyer and former federal prosecutor, servedas managing partner. Both had been in the roles for around a decade and have worked at the firm for virtually their entire careers.

While partners leave big firms fairly frequently to start boutiques, its not often that we see lawyersso deeply embedded in firm leadership make a break like this.

Its bittersweet, Mr. Safer said Friday, though the pair declined to say more on what prompted the move while they were still employed by Schiff Hardin. The new firm, to be calledRiley, Safer, Holmes & Cancila, will have offices in Chicago, New York and San Francisco.

In a statement, Schiff Hardins managing partnerMarci Eisensteinsaid the losses dont alter the strategy of the firm as a large concentration of those departing focus on asbestos litigation. She said the firm wishes them luck in their next steps.

Mr. Safer took issue with that characterization, saying asbestos work will be less than 30% of the new firm, which will also handle commercial, white-collar, intellectual property and class action litigation. Some transactional work will be in the mix, too, he said.

Chicago-arealegal recruiter Mark Jungers said the departures are bound to be disruptive to the firm. This is jarring, Mr. Jungers said, adding that Schiff Hardin has resistedthe urge-to-merge mentality thats struck many of itscompetitors in recent years. It was never a firm pursuing global dominance.

Kristina Anderson, another Chicago legal recruiter, said shedoesnt think the losses will be too big a blow to Schiff Hardin. The firm can continue to resist a merger and survive just fine, she said, or they can eventually accept one of the many large-firm suitors that remain.

In 2014, the firm brought in $241 million in revenue, according to legal trade publication the American Lawyer. The firm wont say yet how it did in 2015 aside from calling it arecord year.

In addition to its Chicago hub, Schiff Hardin has eight other offices in the U.S., including in New York, San Francisco, Washington, D.C., and Ann Arbor, Mich.