A Pennsylvania judge has ruled that the sexual assault case against Bill Cosby may proceed. The judge rejected a claim that a former district attorney had given Cosby immunity a decade ago.

A judge in Pennsylvania ruled yesterday that a criminal case against Bill Cosby will proceed. He has been charged with three counts of indecent assault. That stems with an incident that’s alleged to have happen in the actor’s home near Philadelphia back in 2004. Laura Benshoff from member station WHYY was at the courthouse for the decision and is on the line with us to tell us more about that. 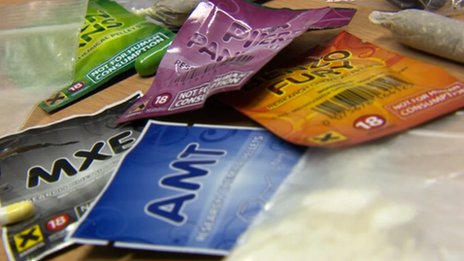 MONTAGNE: And let’s start with what would have stopped the case.

BENSHOFF: So Cosby’s lawyers had hoped to derail it by arguing that the district attorney who first looked at the case back in 2005 had, in essence, granted Cosby immunity from ever being charged. But the way that he did that – in a press release and in what were referred to as oral assurances to Cosby’s then-lawyer was just really unusual, and in the end, it didn’t carry any water with the judge.

MONTAGNE: And so, what has been happening generally in this hearing?

BENSHOFF: So the district attorney, who I mentioned just before, was on the stand explaining sort of why he didn’t prosecute initially. He said, you know, he didn’t think that there was enough there for a criminal case and used the word weak. And a lot of his statements to the press about the case were brought up in sort of where he undermined it and called out what he thought were inconsistencies. And he said, you know, he was trying to give the woman justice. If he promised never to prosecute Cosby then, he said, Cosby would be more successful in a civil suit and, you know, get a big payout essentially. And you know, he said in that way Cosby would not worry about incriminating himself.

MONTAGNE: So he’d be free to settle with her, basically?

BENSHOFF: So this criminal case is going to go forward. The preliminary hearing, which would have usually come before the questions that were heard in court this week, is now scheduled for March 8. But Cosby could appeal the judge’s decision on whether he has immunity in the case, and his spokesman has told some news outlets that that’s exactly what he plans to do. And it’s also possible that the kind of smoking gun testimony here – the actual evidence from the deposition he gave in that civil case that I talked about where he talks about buying drugs before, you know, seducing women, essentially – that that could be suppressed as evidence and wouldn’t even be able to come up, even though it relates directly to this alleged assault.

MONTAGNE: You know, all of which – just briefly, all of which leaves the question of whether there will be a trial still, you know, in question.

BENSHOFF: Yeah. I mean, I would say right now you could assume that it will go forward. But Cosby’s lawyers have shown that they are willing to throw up as many road blocks as they can and kind of delay this process for as long as they can and try to keep it from getting to trial.

Copyright 2016 NPR. All rights reserved. Visit our website terms of use and permissions pages at www.npr.org for further information.

NPR transcripts are created on a rush deadline by a contractor for NPR, and accuracy and availability may vary. This text may not be in its final form and may be updated or revised in the future. Please be aware that the authoritative record of NPRs programming is the audio.