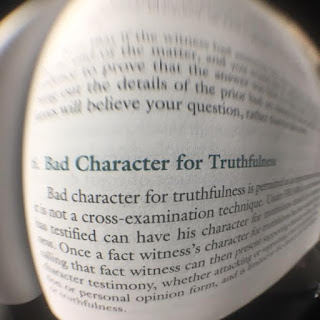 Prosecution of D for disorderly conduct. D testifies the he was acting normally, and that complaints about his conduct were exaggerated. The prosecutor elects not to cross-examine him. Then D calls W to testify that he has known D for years and that in his opinion, D is a truthful person.

The mercy rule of FRE 404(a) here would not change the outcome. D may not introduce evidence of truthful character because that trait is not pertinent to an element of the crime of disorderly conduct. Perhaps the truthful character trait could have been used if the crime involved dishonesty, such as embezzlement or fraud.

As explained in this Nolo article, Defendants and Character Evidence, a criminal defendant exposes himself to evidence of his bad character and past misdeeds through cross-examination if he first opens the door with evidence of truthful character.